At the turn of the century, hearing the call to preach, he enrolled in the Methodist Protestant College at Tehuacana, Texas, eventually completing the studies available there at the Junior College level. He later served on the Board of Regents for that institution and engaged in funds-raising efforts on its behalf. In 1902, he married Hattie Jackson, daughter of the Rev. M. C. Jackson a member of the Arkansas Conference of The Methodist Protestant Church. She shared his ministry until shortly after their fiftieth wedding anniversary, and they are survived by three daughters and three sons. The daughters are active in Methodist Churches in Louisiana; one son is with the Agriculture Department in Washington, D.C.; two sons are members of the Louisiana Conference of The Methodist Churchóone as a lay delegate and one as a pastor. Papa was admitted to the Louisiana Conference of The Methodist Protestant Church in 1945. He served as itís President numerous times, being elected for five consecutive annual terms, covering 1915-20, and upon several other occasions, the last of which was in 1925. Excerpts from his reports published in the Journals of the Annual Conference reflect manifold interests, still pertinent today: *Urbanization (ďReport of Conference PresidentĒ, 1925)ó ďOur people are rapidly moving from the country to the towns and cities. . . every effort (should) be put forth by Laity and Ministry to build in the towns so that we may be able to hold our people. *YouthóĒWe must give more time to our young people...they have.. true and settled convictions. . . if we do not give them work to do, we will lose them. . *StewardshipóĒLet me ask you preachers to preach at least three times a year on Tithing and Systematic Giving. . *EvangelismóĒThis has been a great year. . . over three hundred professing faith in Christ, with over eight hundred forward for prayers... *MissionsóĒWe recommend... greater stress on the cause of missions (in) this. . . new day... that our pastors preach... that our people pray.. and that our hearts be moved to give (to) both the home and foreign field.Ē Papa transferred to The Methodist Episcopal Church, South in 1929, and in 1930 became chaplain of the Louisiana State Penitentiary, where he con-tinued for nine years. The writer cherishes a conversation with an active Methodist layman who told him, ďI was converted years ago tinder your fatherís ministry while I was a prisoner in Angola." Leaving the penal system in 1939, he received appointments to Calhoun, Hall Summit, Sibley, Olla, and Grayson, where he retired in 1948. Having finished his course, he received his coronation March 21, 1966. The Walk Continues. Source: Journal of the Louisiana Conference of the Methodist Church, Pages 221-222, 1966 by Roy E. Mouser.


Mouser, Enoch Melvin 3/21/1966 ENOCH MELVIN MOUSER April 13, 1879 - March 21, 1966 I Remember Papa ó ó Unloading his family at the Grayson Methodist Protestant parsonage and laughing at his three year old son who was frightened ďbecause thereís no one homeĒ ó Telling stories to his family, happily huddled on a winterís night around a pot-bellied wood stove. ó Leading the congregational hymns in his deep, clear voice (ďWhat a Fellowship, What a Joy DivineĒ).. ó Preaching so vividly on ďone sick of palsy, which was borne of fourÖlet down through the roofí that we expected the shingles to start falling on our heads any minute. ó Working in his garden, always ďthe best in townĒ, while his youngest son picked potatoes bugs, ten for a penny. ó Taking time out from praying and preaching at a camp meeting to teach the boys, including his own, how to swim. ó Convincing Mama it was ďtime to moveĒ, and joining her in shedding a few tears. ó Ministering as Chaplain at the Louisiana State Penitentiary, weeping because all the prisoners wouldnít ďgo straightĒ, and laughing when a life-termer requested as his favorite hymn, ďJust Like a Tree Thatís Planted by the Water, I Shall Not be MovedĒ... ó Always building churches and parsonages... ó Disappointed when no one in the congregation responded to an altar call. ó Remembering past joys when ďforty or fifty came in one nightĒ and when ďtwo hundred were saved in a two weeks meetingĒ ó Wondering why ďthey want me to retire; Iím as fit as I ever wasĒ. ó On the day of his retirement, laying hands upon his youngest son, in ordination, and welcoming him into full connection.. ó The tranquil, almost happy years when the encroachments of old age were finally acknowledged. ó The quiet manner of his leave-taking.. ďAnd Enoch Walked with God.Ē

Ruby Pearl and Minor A. LaGrone 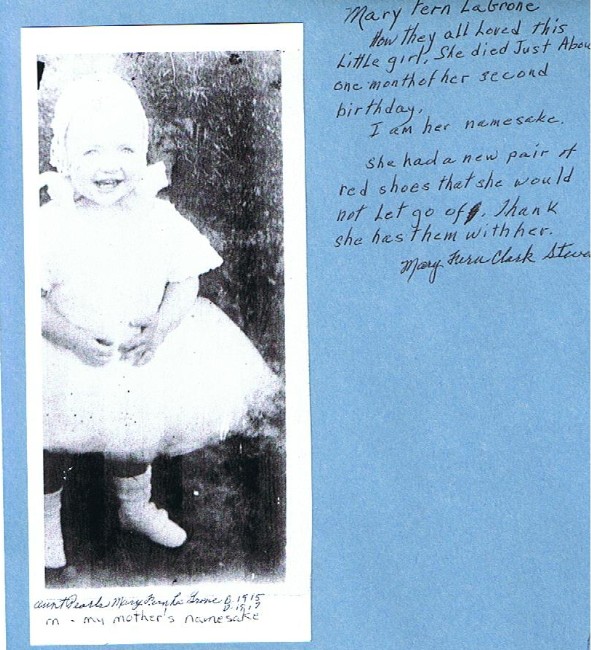 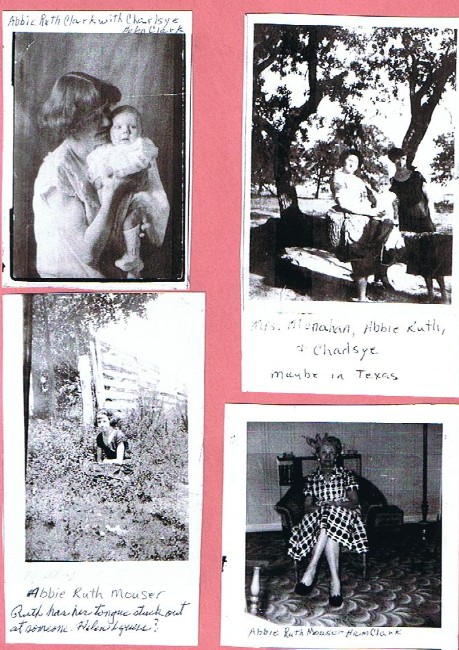 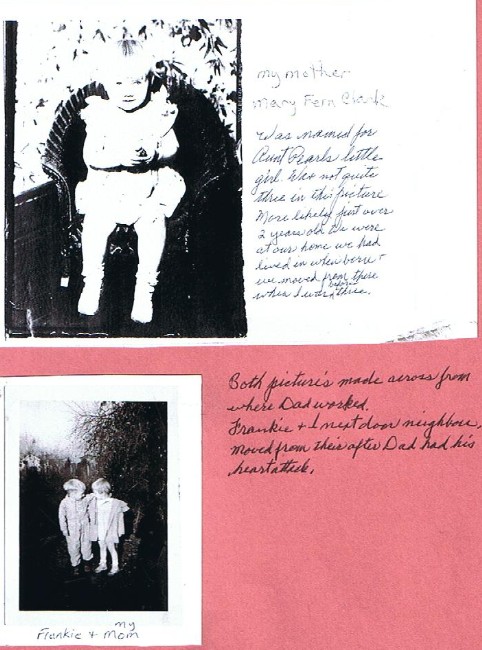 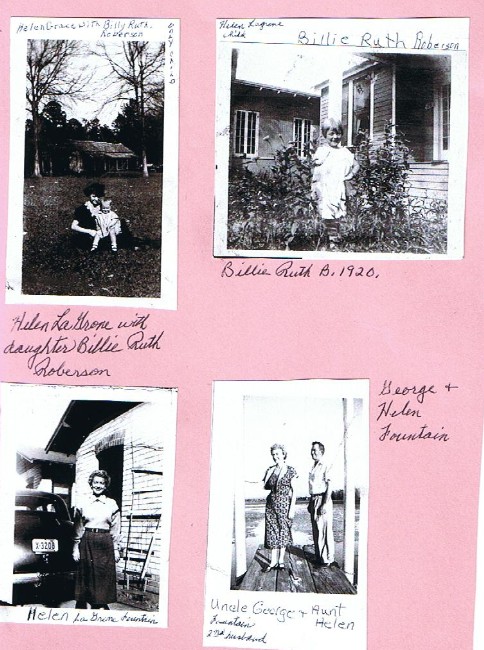 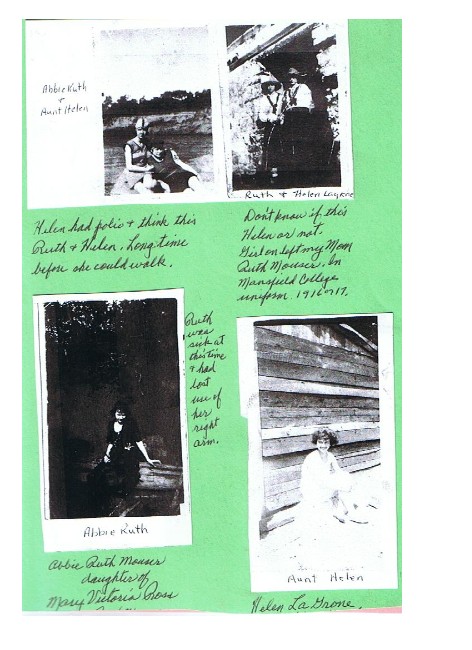 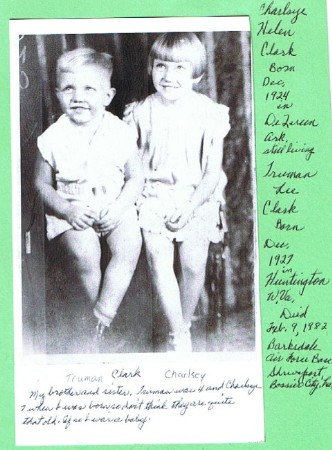 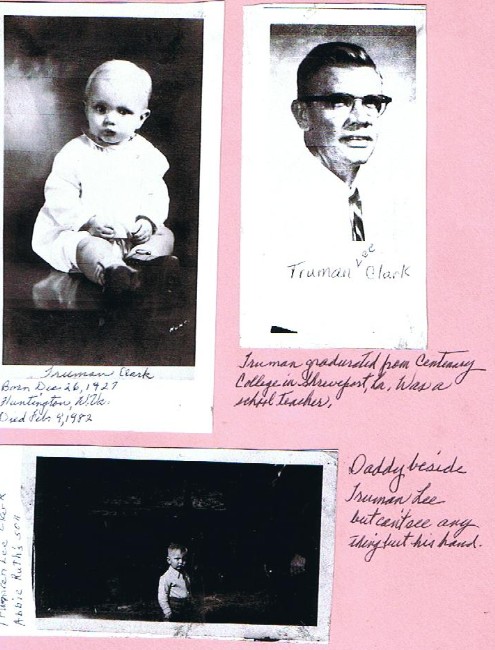